Footy Finals fever has had Victoria (at least) gripped for the last few weeks and things are coming to the boil. Sydney and Hawthorn will meet in the final after overcoming Collingwood and Adelaide respectively. So in celebration of the those marauding Sherrin chasers I've customised my Box Eds with the teams colours as well as trying to reflect a certain amount of the ethnic mix that blossoms in Australia.

I've added paper fasteners between the head and body, and also to the arms so they become a bit more animated. Further tweaks and changes are still needed to reach the professional standard I'd like. And I'm not happy with a certain brand of sticky tape which claims to be invisible but is clearly not! But hopefully by the start of the 2013 AFL season these guys will be available to fans of Footy throughout Victoria and beyond, and in whichever guernsey you barrack for!?! 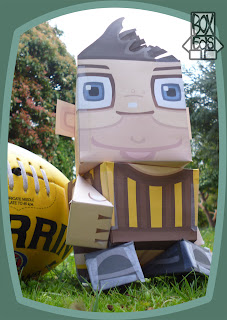 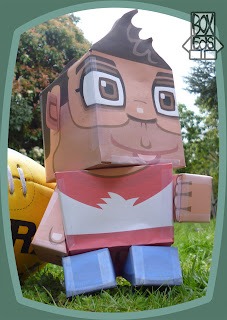 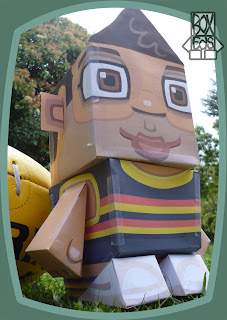 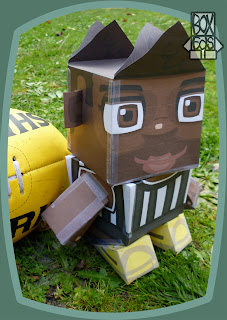